THE BAT is a modern battery powered preamp with optical stereo tremolo.

THE BAT can be installed in any Rhodes piano without modifications: Mark I, Mark II, Mark V. Install, plug and play. A new faceplate (Mark I) is included.

The controls at the front allow you to change speed and depth of this fabulous stereo tremolo. Furthermore you have access to a lowpass filter which gives you the whole range of sounds from the 60s to 80s.

On the PCB there are some more features. There is an equalizer with controls for treble and bass. Its already perfectly adjusted. Anyway: Feel free to play with it.

Furthermore there is a pinheader which sets the waveform which is used for the modulation engine. You can choose between square wave resulting in a ping-pong tremolo and sine wave which gives you a huge stereo panorama especially at low depth settings.

THE BAT is powered through a 9V battery. For the sake of the environment we strongly recommend using a DC power supply though especially in a studio environment. It is not included by default but you can add it in the options.

There are no reviews yet.

Be the first to review “THE BAT Vorverstärker” Cancel reply 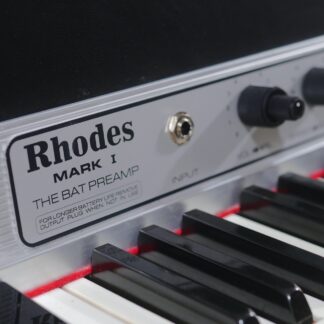